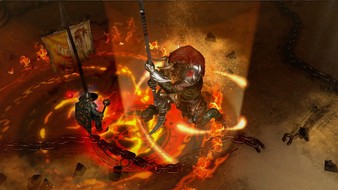 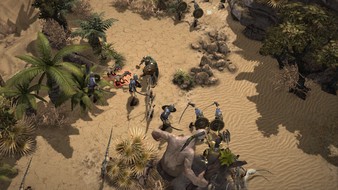 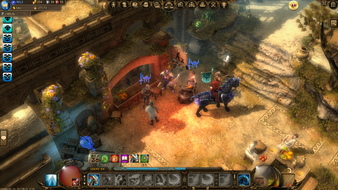 As Senior Developer at Bigpoint Berlin I worked between June 2010 and March 2018 on the free-to-play service game Drakensang Online on both client and server code.

Drakensang Online is combining action RPG gameplay with multiplayer and community features you would normally only find in massively multiplayer online games.

Upon release in 2010 the unique selling point was that it had state-of-the-art graphics, sound and gameplay similar to bigger pay-to-play titles in the genre, but it was actually a browser game which only required a tiny initial download. Players could run it in their web browser after installing a small Java applet and after that most of the content would be streamed on demand to them during gameplay.

We utilized C++ everywhere and didn’t have a split between frontend and backend developers. This allowed me to build expertise in many areas of the game’s technology stack starting with UI and client logic, the network layer and finally scalable, resilient gameplay logic fast enough to support thousands of active players and AI at the same time per server.

In terms of features my focus was on key gameplay systems for combat, player skills and AI.